'You are more than a body': the lingerie brand that picks models without seeing them 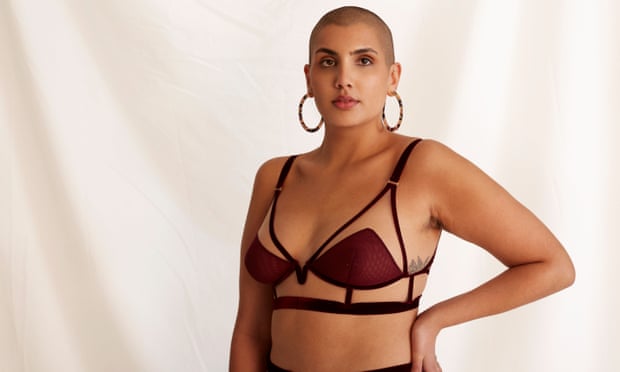 The Underargument chooses its models based purely on the stories about themselves that they submit. And it’s not the only sign of a shift to more inclusive casting in fashion.

When it comes to fashion models, you may think it’s looks that matter. But, for Maïna Cissé, the founder of lingerie brand the underargument, stories are the thing. In 2018, Cissé introduced what she calls “anticasting”, a new method to find the models for the images on her site, that could also be described as “blind”. She asks interested parties to submit their stories based on a theme of her collections – which run from the problem of perfectionism to what a loving relationship looks like now. Based only on these written submissions – without seeing images of the women, or any measurements – she casts her next shoot.

This policy feels particularly radical for a lingerie brand, a fashion space typically focused around thin, white bodies, photographed in sexy poses for the male gaze. See everything from Eva Herzigová’s 1994 Hello Boys ad to the more recent Victoria’s Secret shows. Cissé says, for her, it’s about taking the conversation away from bodies, full stop and telling women “that you are more than just a body, and your story is valuable”. While this could sound like marketing speak, the stories themselves are far from it. Naomi speaks out about abuse, Roisin gives her thoughts on gender roles, Mary and Lily discuss polyamory. They all do that while wearing Cissé’s designs. “Everyone looks different, but everyone looks amazing,” says the founder. “We have never met the people before, but we have never had a bad shoot.”

Cissé says she now receives about 50 submissions a week, and shoots every four to six weeks. The casting has helped develop The Underargument. “I started with 10 bra sizes and now I have more than 40,” says Cissé. “I go from 28a to 38e, and I’m working on increasing the sizes of bottoms and bras for next year.” Submissions out of the size range will be included once Cissé has fully developed her range.

Growing up in Normandy and moving to the UK in 2008, Cissé previously worked in marketing. Anticasting grew – in part – as a resistance to that experience. “Being a minority myself … I saw a lot of brands wanting to tick boxes, and wanting to pat themselves on the back because they had chosen models of colour or supposedly bigger or curvier [models] instead of staying in the safe zone,” she says. Such issues are still live in her new career, of course. Cissé tells a story of attending a conference for the lingerie industry where the managing director of a bigger brand said they had “embraced the diversity trend”. “That killed me,” says Cissé, “because people are not trends and minorities are not trends, and people who don’t look like models are not trends.”

Read the full article on The Guardian